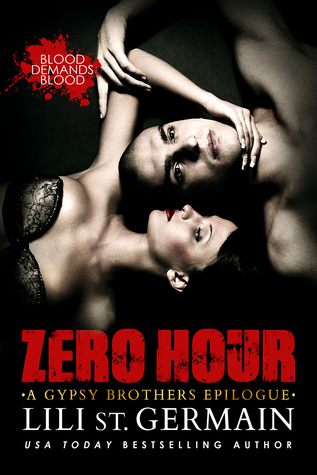 Juliette Portland’s purpose was simple: Seduce. Kill. Avenge. Once Dornan Ross and his sons were dead, her future was supposed to be clear. Her life was finally going to begin. And love… Against all the odds, she had the love of a boy she never thought she’d see again.

But nothing’s ever that easy, is it?

I might have survived Dornan’s wrath, but I was different then. Younger. Stupider. I’ve had too much time to think since I got out of the cage he locked me in. I’ve had too much time to dream about all the things he did to me.
I think about revenge a lot. When I’m thinking of the way the light dimmed in Dornan’s dying eyes and the way he said you killed my sons.
How beautiful it was, and how hollow.

Review:
I pretty much figured that i was going to LOVE the last 20% and only like the first 80%. I’m ok with that! I will admit that I was a little disappointed about the lack of material – i just felt like this one was much shorter than the rest of them. Jase and Juliette finally get a great ending. It wasn’t anything to write your bffl about but it was incredibly sweet and lovely and strangely it wasn’t seen through those two character but through Elliott. Elliott ended the whole series perfectly in my opinion.

OKay the other thing that kind of threw me off was the last two pages. the 8 years earlier. I didn’t expect it to zoom back but to zoom forward. I had hoped that these two had a chance at another baby and some cheesy picket fence happiness. I guess the author left it up to our imagination. I’d like to think these two somehow team up with Zeth and Sloan and take over New York.

I don’t really have much else to say! I liked it. Im glad there was resolution but it wasn’t my favorite in the series. Im pretty content with the way everything turned out. 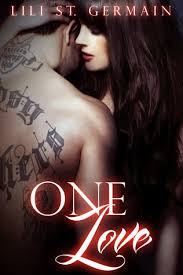 Will Julz complete her mission for vengeance against the Gypsy Brothers? Or is Dornan still one step ahead?

More shocking secrets will come to light and lives will be lost in this final, devastating instalment of the Gypsy Brothers series.

Wow…Normally, I would rage about that ending but it suits. I appreciated that there wasn’t a sappy happy ending because this series was rough and dirty. I mean i’m speechless. Thank you Lili St. Germain for making sure that I extended my one hour lunch into 2 so that I could finish reading One love. Thank you for such a wild ride. I mean whooooo!!! I hope that I hear more about Luis and Pepito. I hope that there is more after this. I feel like there could be so much more and I am willing to wait patiently for it. This volume however – rocked my socks. It was fast paced and bloody. It was full of grief and tinted with vengeance but it was complete. Dornan Ross got what was coming to him and while I can high five Juliette for that I can’t say i am happy for her. While everything was happening at breakneck speed i was sad. I don’t know why I was sad for Dornan but his confession it just made me have the tiniest fleck of sympathy for him. I was angry at Juliette for putting so many people in Danger and hoping little Kayla would never remember the horror of being kidnapped and having to watch her father almost die in front of her. Tommy happened to be a surprise in this one and Pepito too. I am not sure why i took such a liking to him maybe it was the comment about his own mother that endeared me to him.

I don’t know. I think after reading them all that this one was my favorite in a weird way. It was bittersweet in more ways than one. I feel like exhausted now. Like finally they are past the hard part! I thankfully got to the end of the boxed set and saw that Alternate is already on there! I am pretty stoked about that! I can’t wait to get Zero Hour! Maybe these two sickos will get their happy ending. 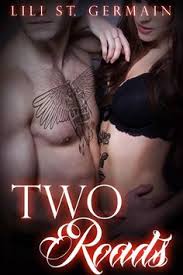 Synopsis:
Juliette and Jase may be out of Dornan’s immediate reach, but as tensions rise, will they end up walking right into the enemy’s trap?

Can Juliette forgive Jase for his devastating betrayal, or will it destroy everything they’ve been fighting for?

Well then…That was a lot of crap in one volume….Like im stunned. I had to put my book down at some point simply because i was emotionally drained for Juliette. I didn’t even know how much more i could take. The story itself is really twisted and emotional but to actually get a peek at the raw emotions that are underneath the strong ass kicking facade? Man I would have crumbled a long long time ago. I feel bad in some ways for Jase. I don’t think I could stand under so much betrayal and circumstances. I just don’t think I could do it. While I admire his devotion i also count him a fool. She is constantly lying to you and yet you stay. I want to smack them both sometimes.

Anyhow I am secretly in love with The Prospect. I think he has been nothing but silently supportive and can’t wait to see where his story goes or starts per say. I think though that there is going to be SO MUCH more from him and very soon. I hate Dornan Ross and the fact that he is willing to treat Juliette the way he does while snatching up another woman and child as a hostage. I hope that this man slowly burns alive to be honest. He is filth. ugh.

I am glad that Jase and Juliette got their little moment and i think the beach scene was the sweetest but I don’t know something irks me about their relationship and i can’t put my finger on it. On a side note: hooray! her mom is alive but I don’t really know what she adds to the story itself. This volume felt very loooooong compared to the other ones. I didn’t mind it but with the roller coaster feelings I was kind of happy it wasn’t a full length novel.